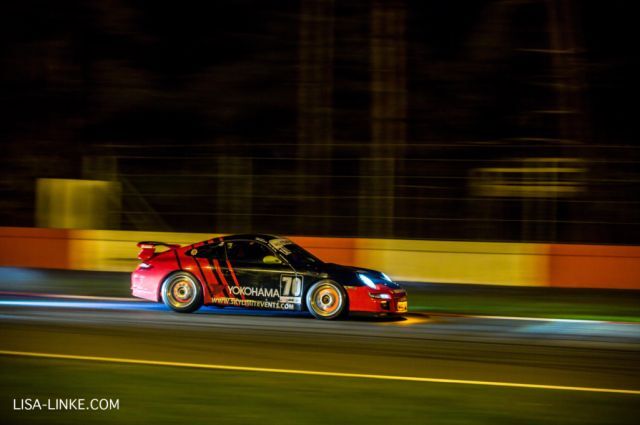 On November 8 we closed the Belgian racing season with the traditional Race Promotion Night. This race over 5 hours was started just before sunset. Here a report of the Skylimit Yokohama Race Team with photos by Lisa Linke. 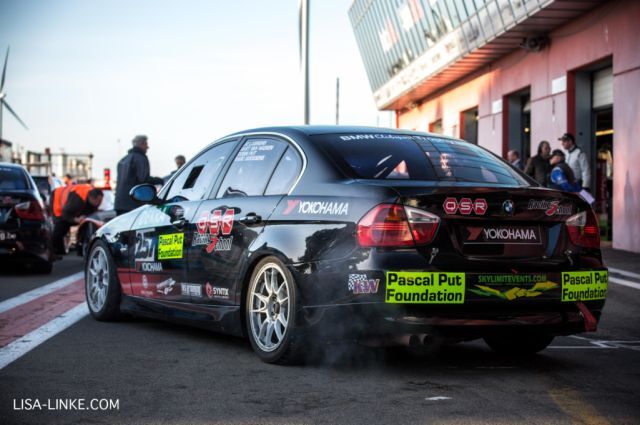 Beside our regular Porsche 997 GT4 we also entered the QSR BMW in the BMW Clubsport Trophy. This 325i was driven by Robin Put, who drove his first race, Marc goossens, Bart Van Haeren and Jo Lammens. 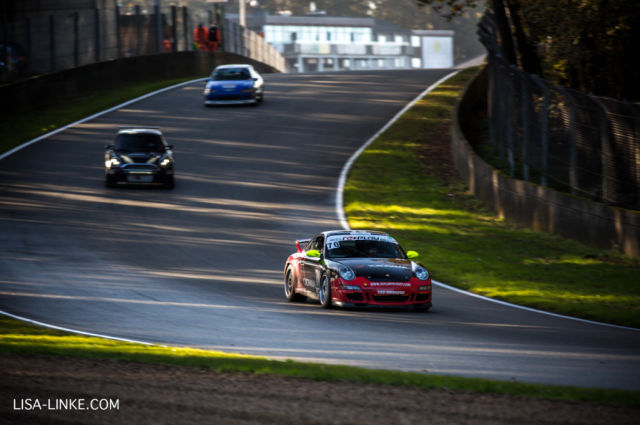 The Porsche was driven by Frank, Peter and Christophe Beliën 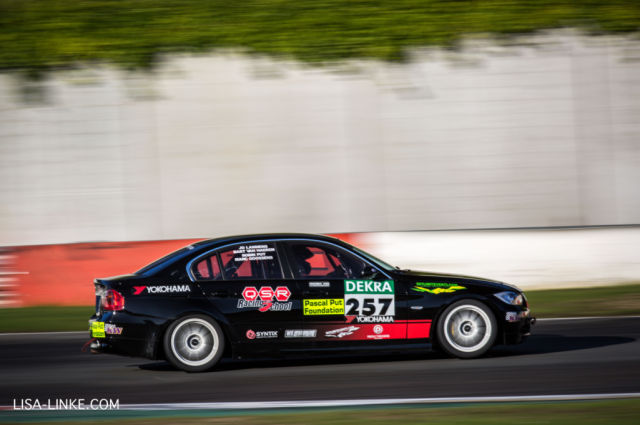 This first race of Robin was made possible by the "pascal Put Foundation". Our Skylimit crew member Pascal died just before the 24 Hours of Zolder. The friends of Pascal had a goal to make his dreams come true, to let Robin make his racing debut during the Race Promotion Night 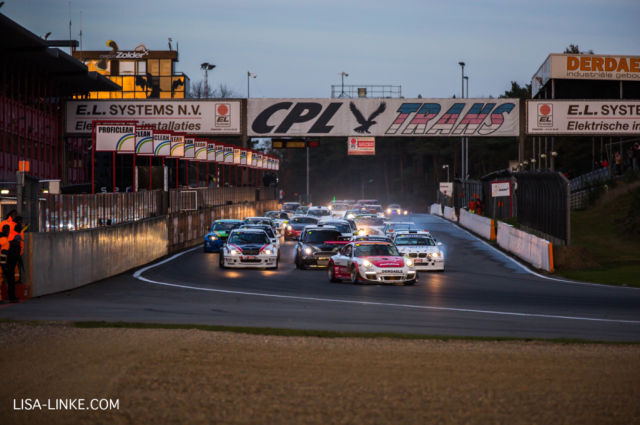 The start with over 60 cars! 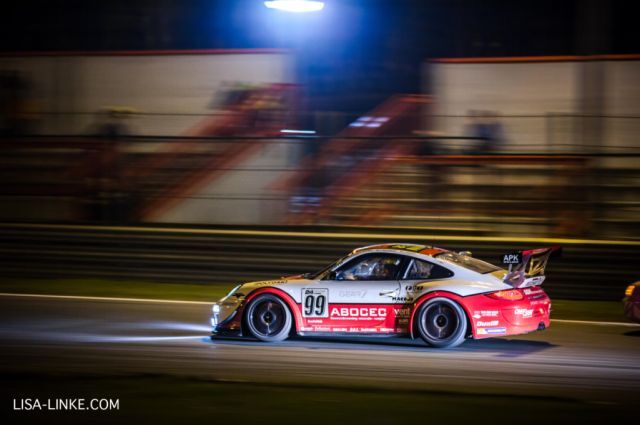 During the race nobody could stay close to the Porsche 997 of Dylan Derdaele, Kenneth Heyer, Peter Hoevenaars and Yannick Hoogaers. 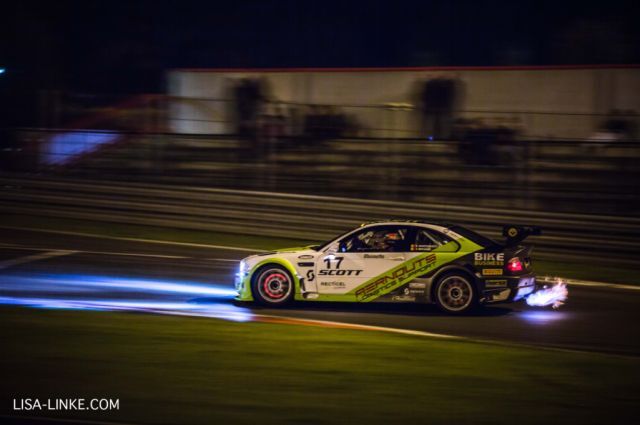 Huyghens/Vandenabeele were strong but also very spectacular in the dark. 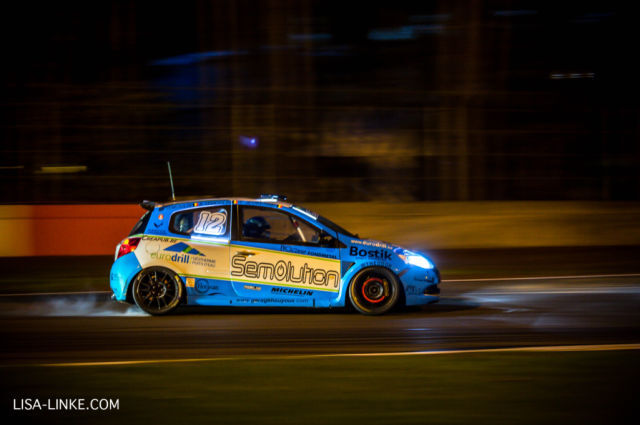 The Semoulin Clio. This racing family is back on top! 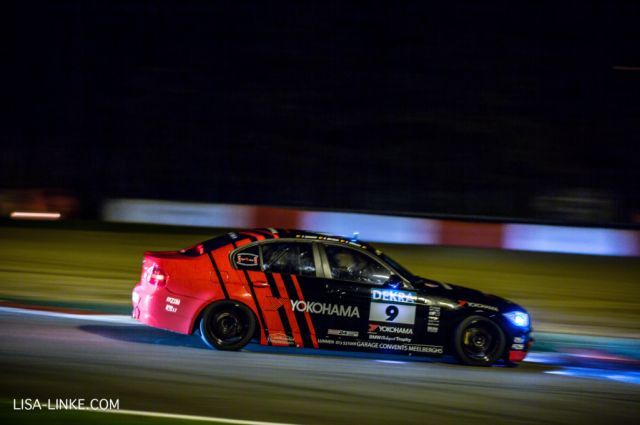 Olivier Hermans clinched the third place in the BMW Clubsport Trophy together with Davy and Vincent Convents. 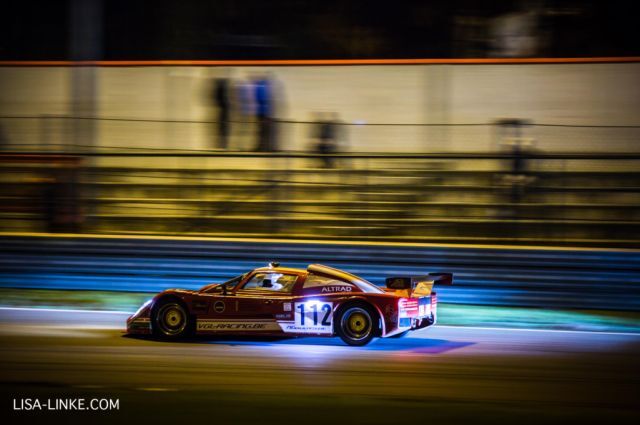 The VGL Racing Saker was very strong on track! 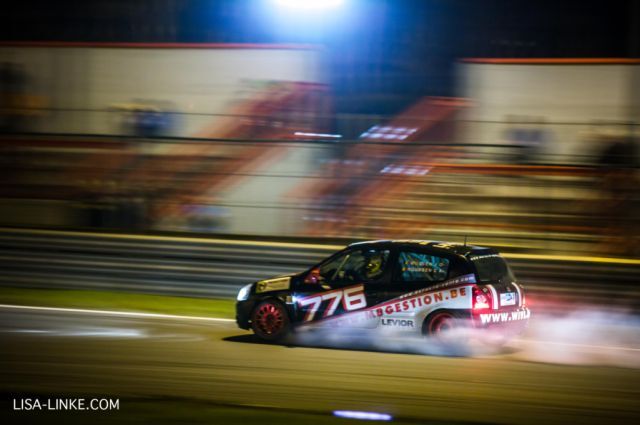 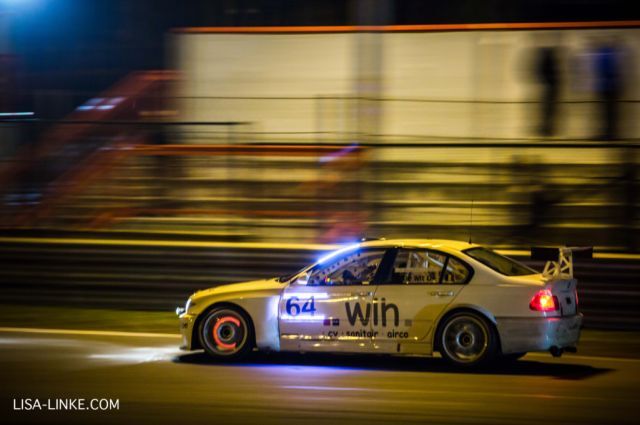 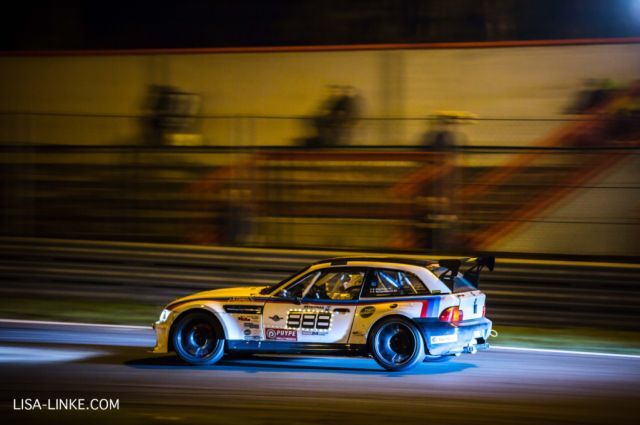 Opnieuw a good result for the PDM BMW Z3 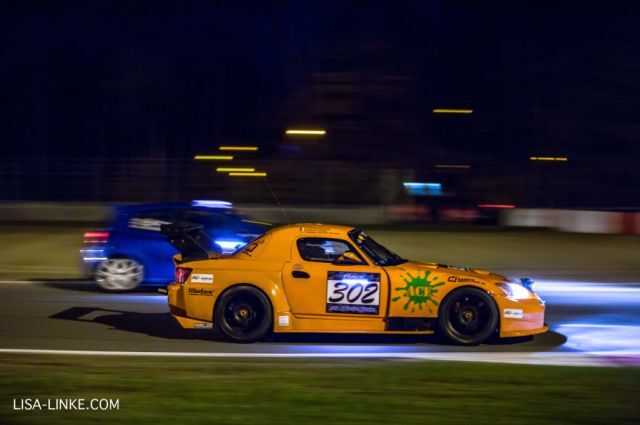 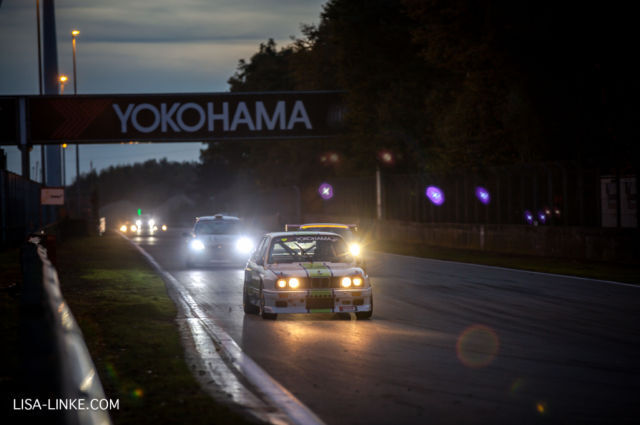 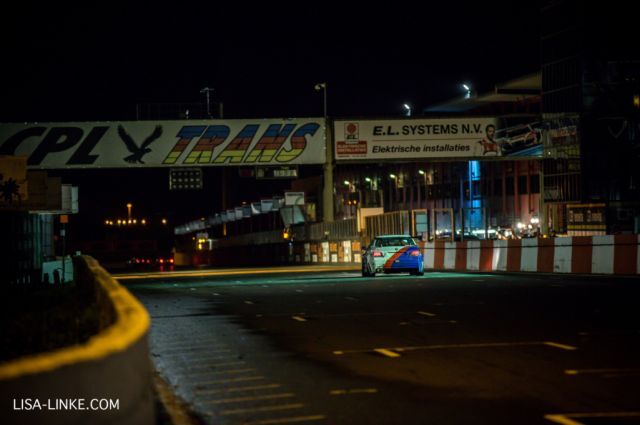 The BMW of Gaël Frère 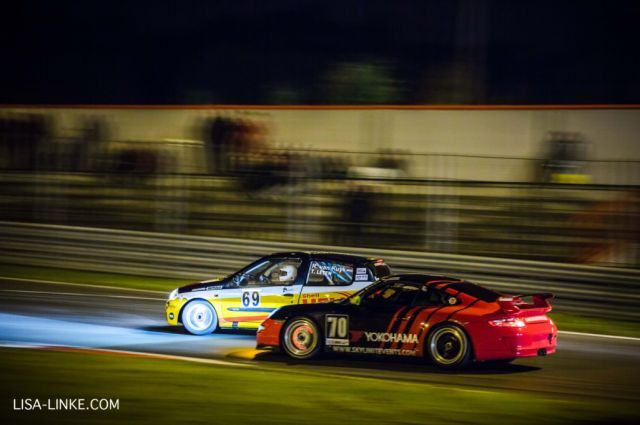 The Skylimit Yokohama Porsche through the night 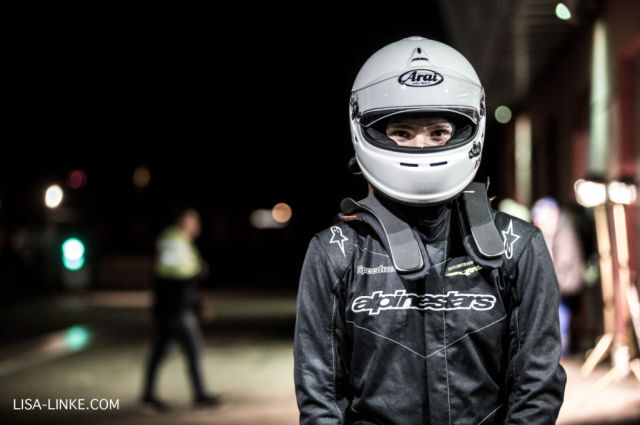 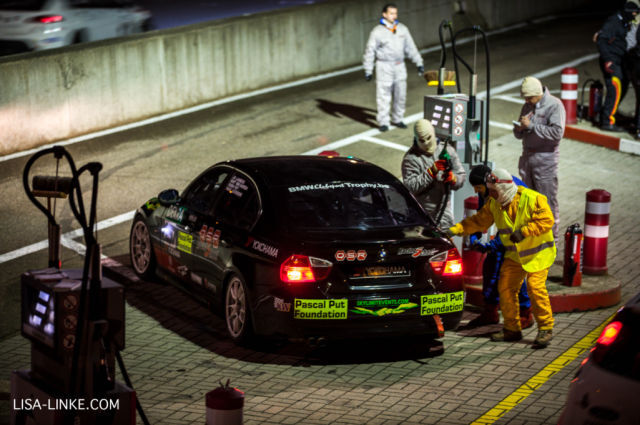 Until 90 minutes before the end of the race our 325i was on the way to the BMW Clubsport Trophy podium. 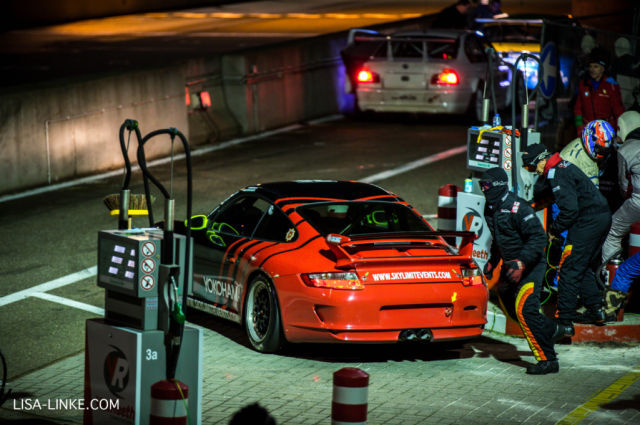 The final fuel stop for the Porsche. 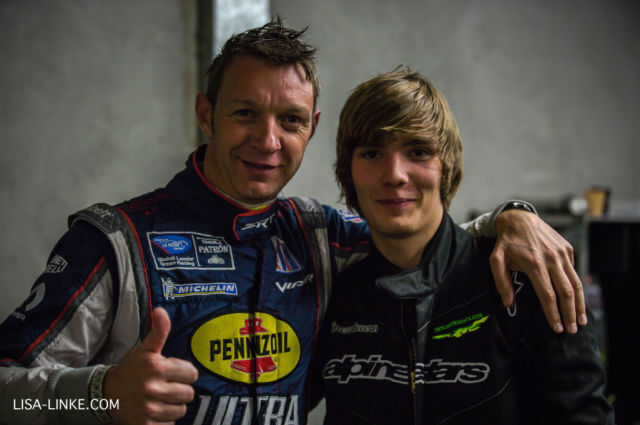 Marc Goossens drove an very strong stint. Robin was happy to do his first race together with his hero. 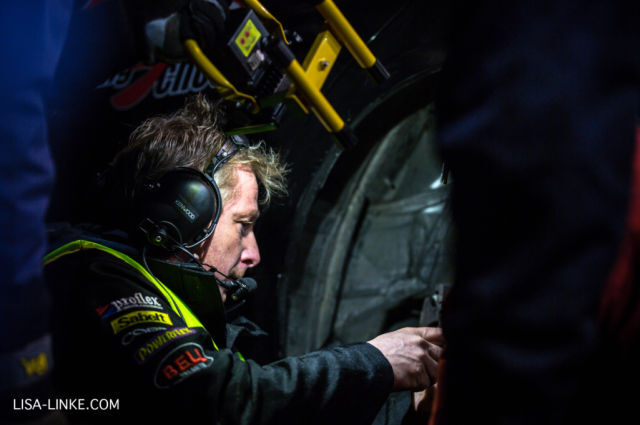 Stefaan Schoonjans of QSR had to repair the BMW and got the help of Sven Berghs. Soon the BMW was on his way again. 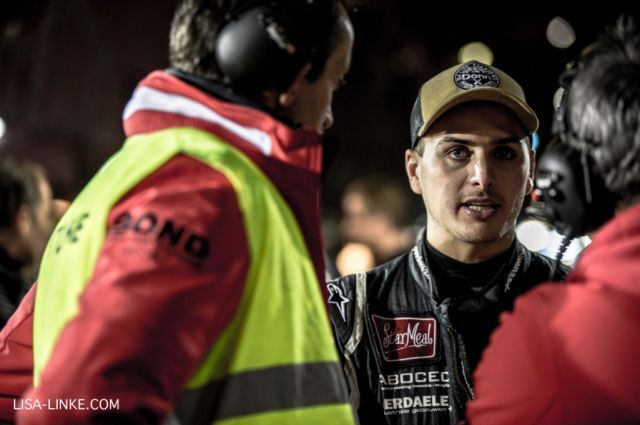 Dylan Derdaele won for the second year in a row the Race Promotion Night! 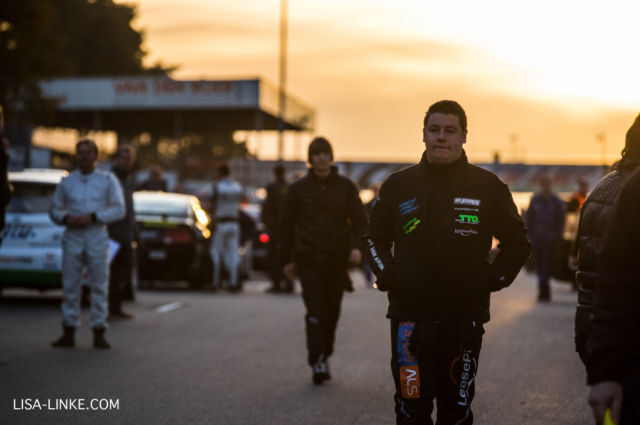 Bart Van Haeren and Robin Put. Two Skylimit Juniors who can hopefully have a great career in racing.

You can all pictures Lisa Linke made during this race on www.skylimitphotos.be